On Saturday, April 2nd, the SW band sent 19 events to the IHSMA Solo/Ensemble Festival in Waukon.  All students participated on a voluntary basis for this festival.  Of our 19 events, we had 8 Division I ratings.  This is the most Division I ratings we have received at this festival in at least the last 13 years.  We also received 8 Division II ratings.  Of the Division II ratings, four of them were only one point from getting a Division I.  The band students that earned a Division I rating were Quinn Kruckman, Ashley Elsbernd, Hailey Riehle, Brody Tieskoetter, Jillianne Wangsness, Katelyn Kuboushek, Ethan Maldonado, and Shaun Klimesh. 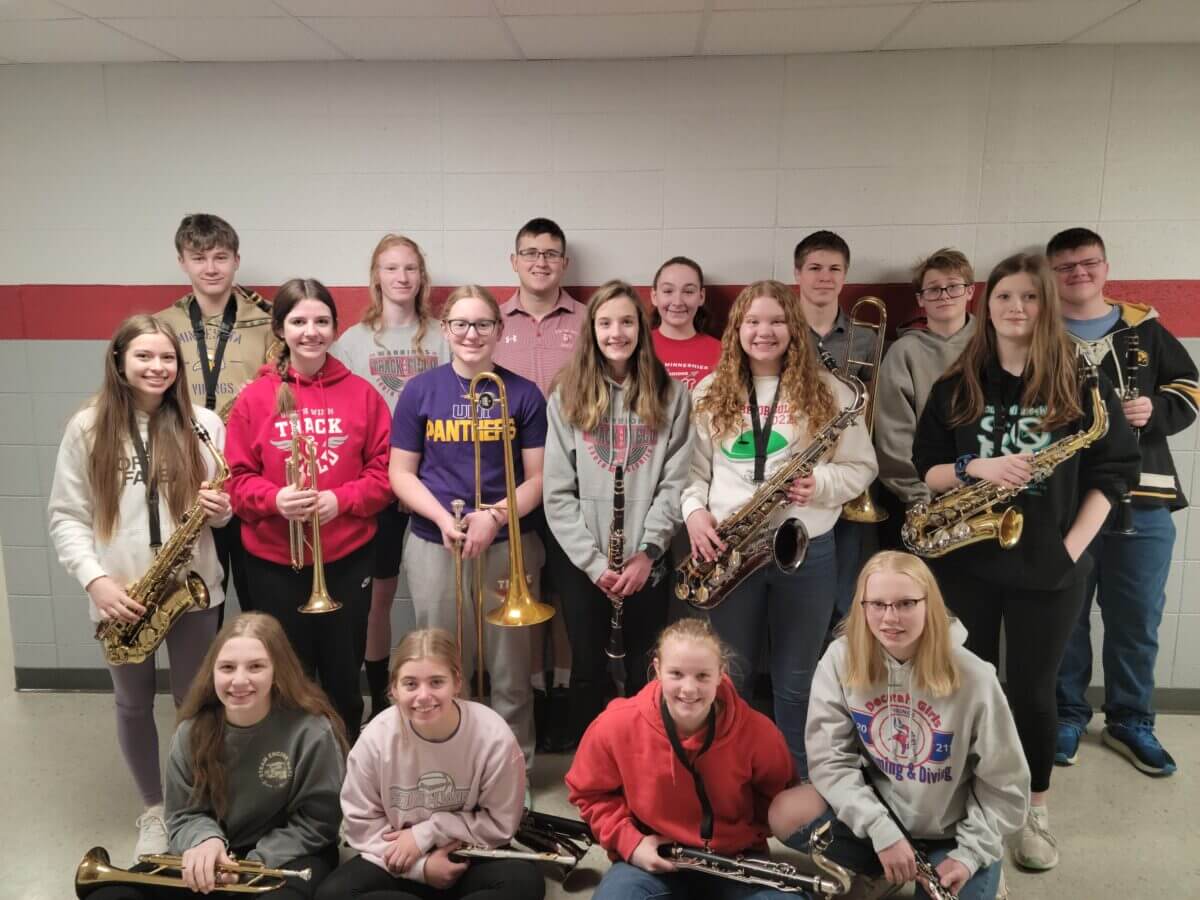